A forgotten hero reaches to the bottom of an empty pocket,
as he peeks out the window of a cardboard box.
He woke from dreams to find his suffered reality.
The stare from his eyes read like an obituary.
His smile looks like tombstones that read, "Please feed me".
His skin is leathered from the sun and his wrinkles hold dust like ancient artifacts.
He shuffles his aching body to the corner street, begging for change to survive.
Feelings of worthlessness have frayed his pride to match his clothes.


He sits with open hand relying on the kindness of strangers to stay alive.
People hurry by avoiding eye contact, afraid his smile will break their guard.
Occasionally the ringing of a coin hitting his cup would wake him from his moment of despair.
Youth like his family were long gone and hard times swallowed the kingdom he built.
Memories from forgotten times keep him warm, as the cold-hearted offer only icy stares.
His stomach echoed loudly like the ticking of time in his hopelessness.
For soon the sun would set on today's opportunity to collect offerings from the kind.
He gazes in appreciation at the coins shining from his cup,
imagining a warm plate of food that had already been served in his mind.
With his broken gun-like arms, he lifts his weakened body from the grime of the sidewalk, his heart now lightened by his reward.
Every morsel would be savored as if it were his last.
Today kindness fulfilled a homeless man’s needs,
and for a couple of coins is all that was asked. 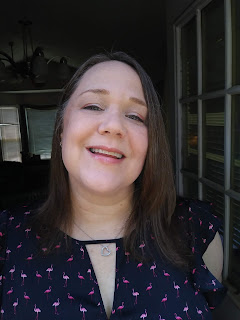 Rachele Chappell goes by the pen name S. R. Chappell. She was born in the early seventies and graced with southern charm.  She became a lover of poetry at a very early age.  Her influences started with Dr. Seuss and Shel Silverstein.  They laid the ground for her flair for poetic rhyming. She also enjoys writing free verse poetry too.  Occasionally she steps outside her box dabbling in learning other forms of poetry such as ballads or sonnets. Her first poem ever published called “Mothers Love” was written at age nine.  Most of her poems are written about love or heartbreak.  She is a true romantic at heart. She has used her poetry as an outlet for her emotions on darker subjects like anxiety, addiction, and molestation. Rachele also has written humanitarian efforts for peace, hunger, and equality.  She’s received many certificates honoring her as a poet.  Her work has been included in several anthologies. Her first self-written book “Inked Heart Poetry” was released May 2018.