"In the Cemetery" by Ahmad Al-Khatat

In the cemetery, I was standing on my knees,
reading verses of the holy book to the tombs
I was praying with tears on my cheeks
until the graveyard stopped me and asked me if
I was reading verses or reading sorrows
with an emotionless face, he asked to repeat
I started reading again and, his face was getting
red as his eyes were dropping my unrhymed tears
he stopped me with anger and screamed out
why more grieves, why more death, and less peace
I responded to him, why did hope sold us to traitors
why life is struggling with us, why did the wars rape us shamelessly
we cried together as he was saying that he’s listening to
spirits weeping with us, as the clouds will rain again
he asked me again, why our world is no longer bright
instead, it’s full of darkness and lots of bloody cuts
our grandparents were the farmers, who lift the sunshine
and brunt themselves to death, just to protect the seeds
our mothers stole the moon from the wall of the night
they hid in their coffins and the stars after our fathers
turned the rainbow into a solider in the zone of death
and made the snow into a drinkable water to survive
***
"Inside of My Dream" by Ahmad Al-Khatat 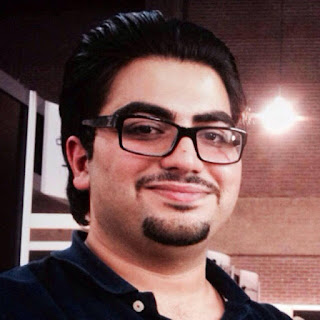 Ahmad Al-Khatat, was born in Baghdad, Iraq on May 8th. He has been published in several press publications and anthologies all over the world and has poems translated in several languages. He has published two poetry books “The Bleeding Heart Poet” and “Love On The War’s Frontline” which are available on Amazon. Most of his new and old poems are also available on his official page Bleeding Heart Poet on Facebook.